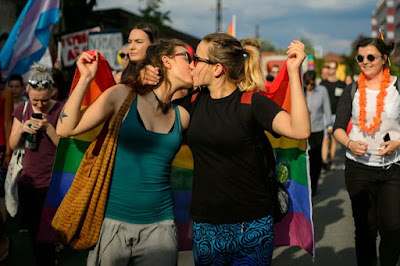 The Slovenian Constitutional Court has legalised same-sex marriage and adoptions with immediate effect after finding a law under which only heterosexual partners can marry and same-sex couples cannot adopt children to be in contravention of the constitutional ban on discrimination.

The court gives the National Assembly six months to amend the law accordingly, but until the law is amended its ruling stands as the law and means that marriage is a union between two persons regardless of gender, and same-sex partners living in a civil partnership may adopt a child together under the same conditions as married spouses.

Referring to marriage, it says discrimination against same-sex couples "cannot be justified with the traditional meaning of marriage as a union between a man and a woman, nor with special protection of family."

The decision "does not diminish the importance of traditional marriage as a union of a man and a woman, nor does it change conditions under which persons of the opposite sex marry. All it means is that same-sex partners can now marry just like heterosexual partners can."

The court uses a similar argument for same-sex adoptions as it notes that same-sex couples have already been allowed to adopt each other's children.

The ban on same-sex adoptions cannot be justified with the objective of maximum benefit for children since "an absolute ban ... is not a suitable means to achieve this end." 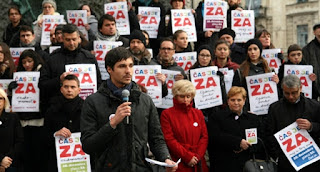 Slovenia rejected same-sex marriage in a referendum in 2015