F1 says enough to any kind of abuse 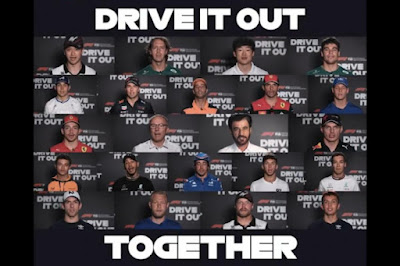 Formula One (F1) launched a 'Drive It Out' initiative to tackle abuse after recent incidents of racist and homophobic behaviour by spectators and the sexual harassment of female fans in Austrian Grand Prix.

F1 said it was sending a clear and united message that the abuse, both at races and on social media, must stop and those who spread it were not welcome.

The campaign was launched via a video featuring all 20 drivers, Formula One chief executive Stefano Domenicali and FIA president Mohammed Ben Sulayem.

"Formula One is all about competition and rivalry," said Domenicali, opening a statement continued by a sequence of drivers. "But also respect. Respect as competitors, respect for our fans, respect for the whole F1 family. Abuse of any kind is unacceptable. If you cannot be respectful then don't be part of our sport".

"We cannot let those who think they can abuse others get away with it," said Mercedes' seven-times world champion Lewis Hamilton. "We have a duty to call this out and say 'no more'. We are acting as a community to block those who abuse others online. We won't allow abuse at our races".