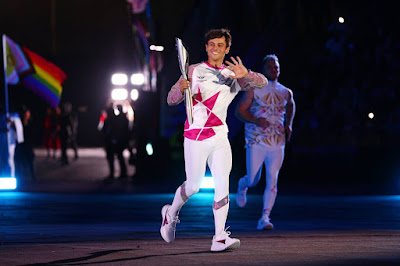 At the opening ceremony of the Commonwealth Games 2022 in Birmingham, Tom Daley and 6 extraordinary LGBTQ athletes and advocates from around the Commonwealth carried the Queen’s baton into the stadium.

In over half of the Commonwealth countries, homosexuality is still a crime and in 3 of those countries the maximum penalty is the death sentence. These laws are a legacy of colonialism.

The opening ceremony wanted to show LGBTQ visibility to the billion people watching and meet the incredible six people that walked into the stadium with Tom:

As usual, thank you Tom, you did it again!!! 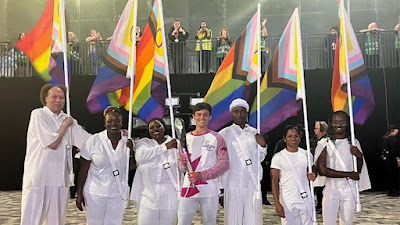 Tom Daley, in the middle, with the other 6 LGBTQ athletes