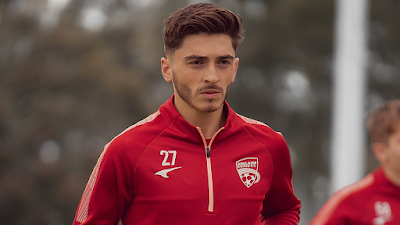 Josh Cavallo has revealed his apprehensions ahead of this year's World Cup that will be held in Qatar.

Playing for Adelaide United in the Australian League, Cavallo became the first active football player to officially come out as gay in October 2021.

This year's World Cup will be held in Qatar, a country where women and LGBTQ people continue to face discrimination.

Asked whether he would agree to travel there to represent his home country of Australia in the tournament, Cavallo said: "'I'd definitely go to the World Cup." However, he said the prospect hasn't come without concerns and he has questioned if his life would be in danger.

"I want to do something really good in my career. I've always dreamed of playing for my country at the World Cup, but do I want my life to be in danger?"

Nassar Al-Khater, president of the organizing committee for the 2022 world cup in Qatar, has confirmed that “homosexuality is not allowed” in the emirate, but promises that LGBTQ football fans will have the right to travel to the country and attend the games as any other fan, but the “public displays of affection are frowned upon and this applies to everyone.”

Recently, World Cup fans have been warned they could face up jail for waving rainbow flags during the tournament in Qatar.