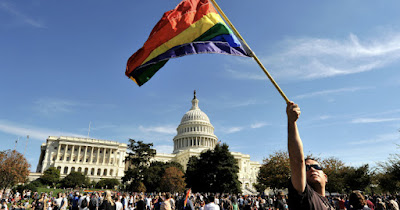 Republican and Democratic senators said they expect a bill to codify same-sex marriage to eventually win the 60 votes needed to break a filibuster, a sign of growing public acceptance and a sea change over an issue that had once badly divided the two parties.

While most GOP senators are likely to vote against the bill, lawmakers in both parties believe there will be at least 10 Republicans who would join all 50 Democrats and advance the bill to a final up-or-down vote.

Buoyed by the 47 Republicans who voted for similar legislation that passed the House, senators expected a similar show of bipartisan support when the measure hits the Senate floor.

Senate Majority Leader Chuck Schumer, a Democrat from New York, said he wants to bring the bill to the floor soon, but did not announce when he would schedule a vote. He added that he was "impressed by how much bipartisan support the bill got in the House."

Marriage equality proponents are pressing to quickly pass the Respect for Marriage Act, which also legalizes interracial marriage, after Supreme Court Justice Clarence Thomas wrote in an opinion in the recent case that overturned the constitutional right to abortion that the high court might want to reconsider other decisions related to contraception and same sex marriage. Many Republicans have dismissed Thomas' words and said they don't expect the Supreme Court to revisit those cases.

Hopefuly we can see it after August recess' Senate. 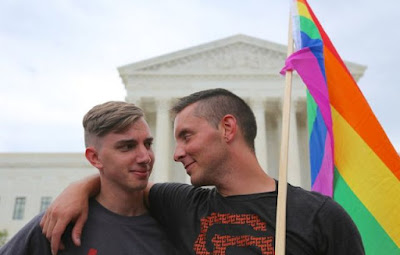 Suprem Court ruled in favor of same-sex marriage in 2015