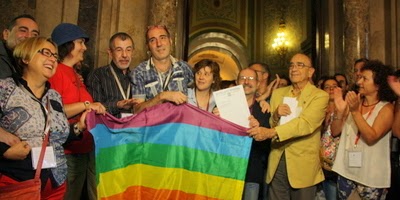 The Parliament of Catalonia, an autonomous region of Spain, passed a pioneer law to protect LGTB people from homophobic attacks.

Called itself as the world's most pioneering laws against homophobia, the Catalan law includes fines for homophobic behavior at the work place and positive discrimination measures, such as having to prove one's innocence if accused of homophobia.

The new provisions will punish those who attack gays, lesbians, bisexuals and transsexuals with fines of up to €14,000 ($17,700).

80% of MPs of Catalan Chamber has backed the new law and the only group who voted against was the conservative Partido Popular (PP), which runs the Spanish Government, while the centre-right coalition CiU, which runs the Catalan Government, split its votes.

Currently, Spain is one of the most progressive countries in the world on gay rights, after legalizing same-sex marriage and adoptions by gay couples in 2005. 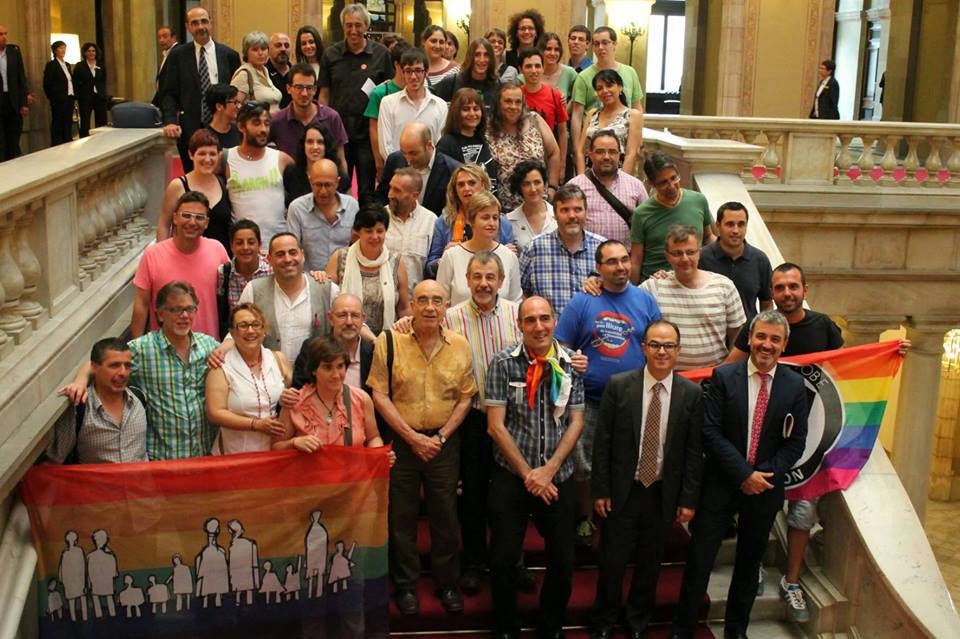 Some Catalan MPs with LGBT representatives after voting