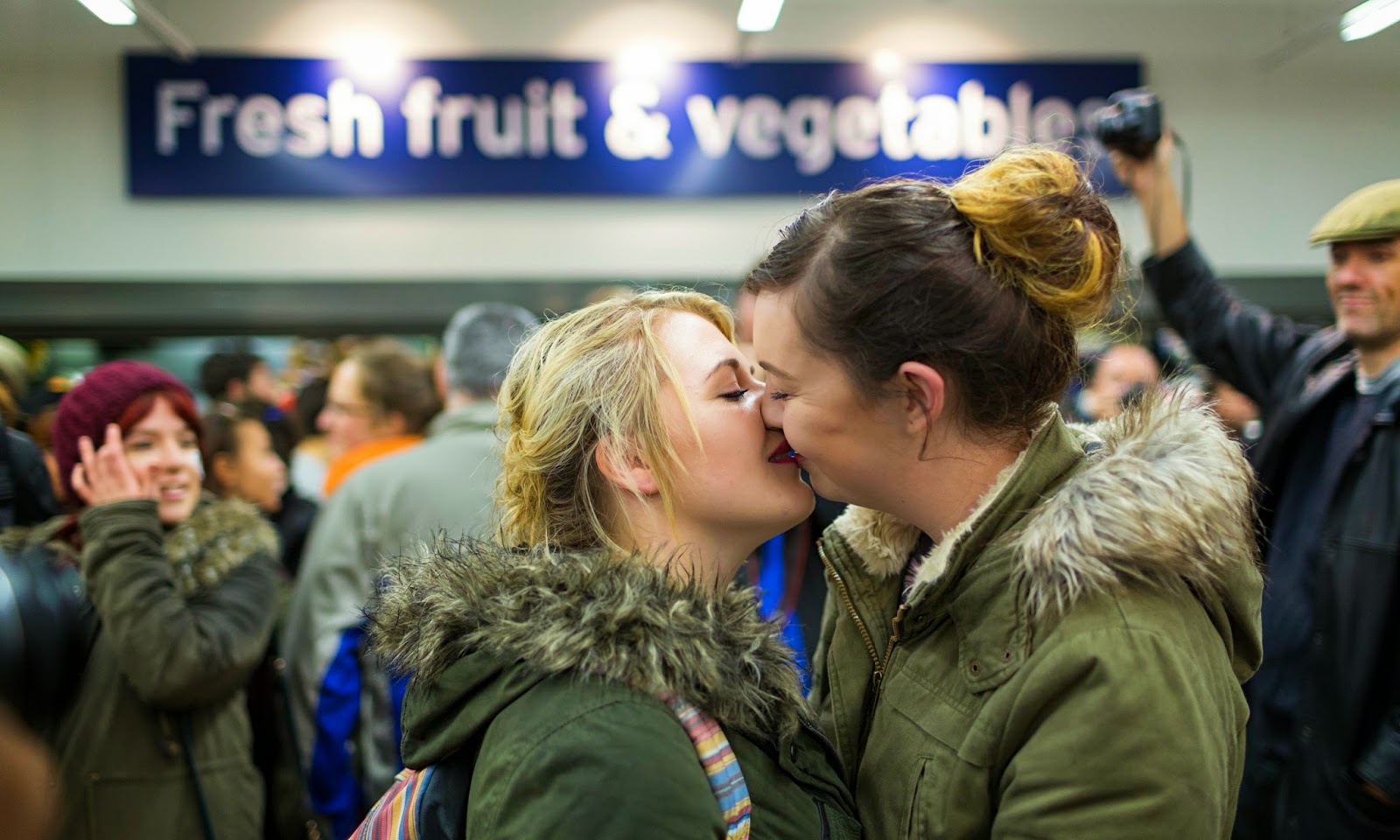 Hundreds of students and supporters of equal rights held a mass kiss-in at a UK supermarket after a lesbian couple were told to stop kissing on Coming Out Day.

In response, they held a mass kiss-in in the very same branch of Sainsbury's where a chaste kiss was branded 'inappropriate' by a security guard.

Annabelle Paige, a 22-year-old student at the University of Sussex, said she gave her girlfriend a light kiss and then a security guard came over to say they could either stop showing signs of affection or be thrown out.

But the University of Sussex Students’ Union were not happy, saying this was not enough to show the supermarket is battling homophobia. 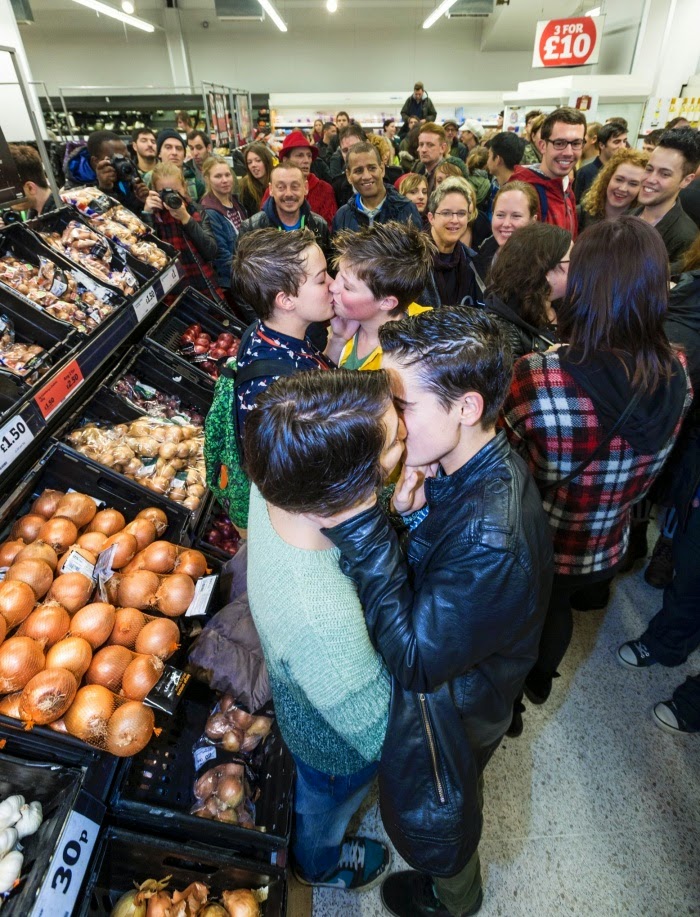