The new Changing of the Guard? 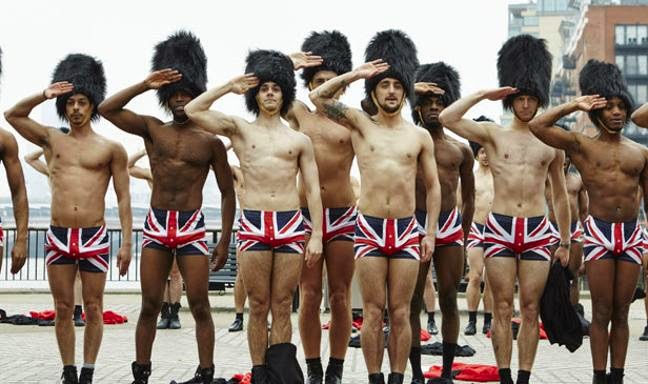 The Changing of the Guard is one of Buckingham Palace’s most popular traditions in UK.
A dance troupe pretending to be the Queen’s Guard marched through central London’s Southbank, fooling some tourists into thinking they were the real deal.
The crowds were bemused when the group broke into a synchronised dance routine before tearing off their clothing to reveal Union Jack boxers.
The stunt was intended to promote the launch of new drama TV series "The Royals", which features a fictional royal family loosely based on the real British royals.
It seems more a changed guards than a changing of guard.
Watch the funny video below.