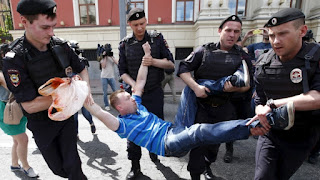 Moscow Pride has been banned again this year, Moscow town hall announced: "We have warned the organisers that the demonstration will not be authorised", the mayoral spokesperson said.
This year marks the tenth time the organizers attempted to obtain permission to hold a Pride event in Moscow; like every year since 2006 permission was denied and no reasons were given.
The organizers had applied to hold two meetings and a march which was supposed to end in a demonstration outside the mayor’s office on 30 May; all three events attracted a hundred people each but some activists have been attacked and arrested.
In the past any attempts at carrying out a public event, such as the demonstration for IDAHOT on 17 May, have been dispersed by Moscow’s police, but the organizers said they will not give up.
Recently to release colorful balloons has been considered gay propaganda in Russia, and police detained 17 gay rights activists in Moscow for that reason. 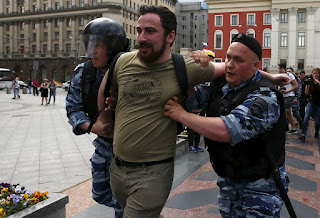 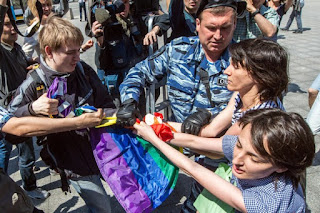 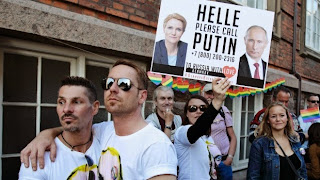