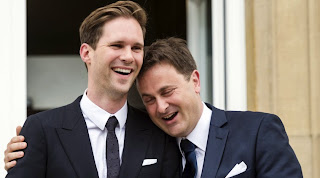 Xavier Bettel, the Prime Minister of Luxembourg, married his partner Gauthier Destenay yesterday.
Bettel and his partner were set to marry in a private ceremony at Luxembourg's City Hall. Only friends and family were invited, with no press or photographers allowed.
Luxembourg legalized gay marriage in June last year, a surprise for the largely Roman Catholic nation. Shortly after, Bettel revealed his partner, with whom he has been in a civil union since 2010, asked for his hand in marriage.
He is the first European Union leader, and only the second leader worldwide, to marry someone of the same sex. It comes five years after Jóhanna Sigurðardóttir, the then prime minister of Iceland, became the first serving leader in the world to marry a same-sex partner. 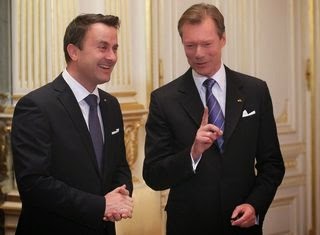 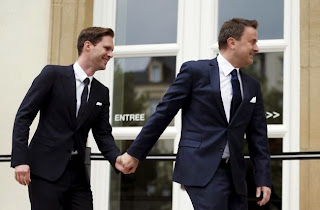 The newlyweds after marrying