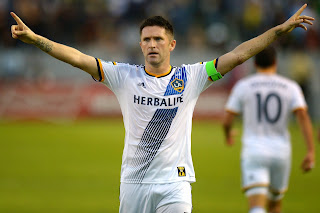 LA Galaxy star Robbie Keane publicly voiced his support for marriage equality in his native Ireland over the weekend, writing an open letter in Dublin’s Sunday World newspaper urging his countrymen to pass the same-sex marriage referendum that will be voted on later this month.
Keane wrote that he is “strongly supporting a ‘YES’ vote” for the May 22nd referendum, which – if passed – would change Ireland’s constitution to allow same-sex marriages.
“Most of us will have friends or family who, up to now, have been denied the right to marry their loved ones or have been made to feel excluded because of their sexuality”, wrote Keane. “To me, this feels wrong. I am a very proud Irishman and it is important to me that our country does, and is seen to, treat all of its citizens on equal footing”.
Awesome! 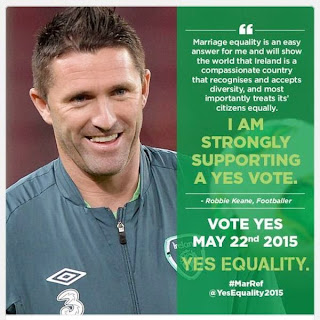