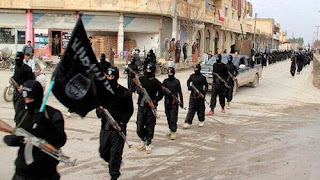 Since June 2014, the Islamic State has proudly documented the brutal murders of five men accused of having same-sex relations in Iraq. In recent months, the Syrian Observatory for Human Rights has reported killings by the Islamic State of four men also accused of “sodomy”.

These cruel acts add to the Islamic State’s countless other well-publicized murders of individuals apparently because of their faith, their demeanor, their dress, or because they were accused of adultery or other “transgressions”.

Even before these executions, the Islamic State, on its website, had sworn its intent to punish homosexual acts with death. While no precise details are available as to the victims’ identities or circumstances, the gruesome public spectacles are clearly intended to instill terror among the region’s LGBT people, long marginalized and persecuted.

The international community must confront the latest onslaught–photos that show men being thrown from tall buildings, and details on some being stoned and shot to death before assembled crowds. We cannot look away from these atrocities. There are steps that can be taken to protect LGBT people and others fleeing the violence.

You can join IGLHRC call to the United Nations and governments engaged in the region to help protect them.
Don't turn away and visit IGLHRC website or sign the letter to officials. 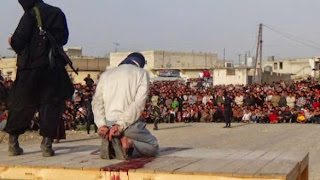 We have to stop this barbarity
Publicat per Ben Aquila a 12:29 PM