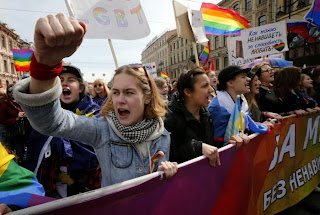 May Day parades in Russia, to celebrate the International Workers' Day, are used by various activist groups as a platform to demonstrate their cause.
The parade in St. Petersburg on 1 May featured a rainbow column, despite a federal anti-gay law. Unexpected, LGBT rights activists and allies were allowed to march in last May Day parade in the Russian city.
According to reports, over 90,000 people attended St. Petersburg's demonstration, and around 600 of them from the LGBT column.
The LGBT activists carried placards with slogans such as "No to discrimination", and "Dump homophobia". 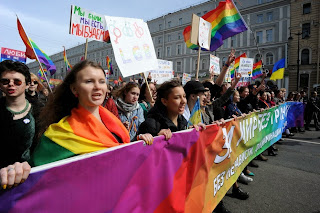