A human rainbow for equality in London 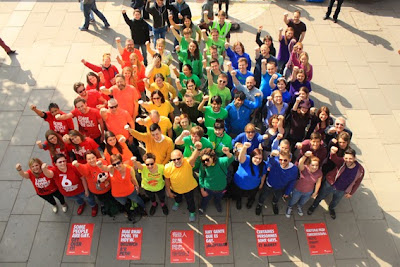 A crowd of Londoners have just created a human rainbow along the Thames to celebrate and push for equality.

Dozens of eager volunteers put on their T-shirts and tops in varying colors in order to raise awareness of the International Day Against Homophobia, Biphobia  and Transphobia (IDAHOT).

Organized by Stonewall, it was intended to kick off the pro-LGBTI events that will be held around the world from Kenya to Kyrgyzstan.

James Taylor, Head of Policy and Campaigns at Stonewall said: "International Day Against Homophobia, Biphobia and Transphobia brings the lesbian, gay, bisexual and trans community and its allies from around the world together with one clear message: equality".

IDAHO is a great chance not just to celebrate the progress made towards LGBT equality but also about how much there is left to do. 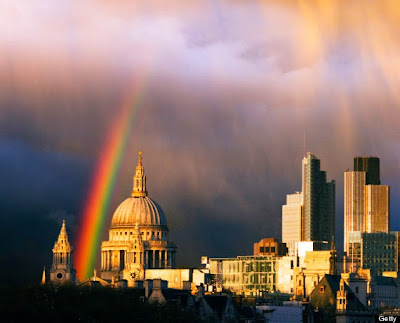 A new rainbow appeared in London