One kiss against hate in Dublin 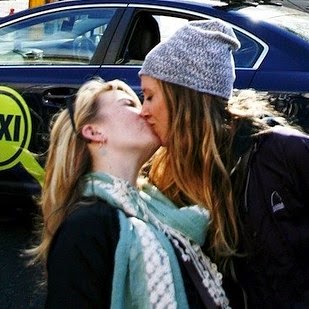 An image of two women kissing, while an anti same-sex marriage campaigner waves a placard above them, is being shared online ahead of Ireland's marriage referendum on May 22.

These two women were photographed defiantly kissing in front of an angry-looking anti-gay protester. His sign urges voters to vote against same-sex marriage as "God says no, nature says no".

All polls are suggesting most voters don’t share his views, and same-sex marriage will pass. 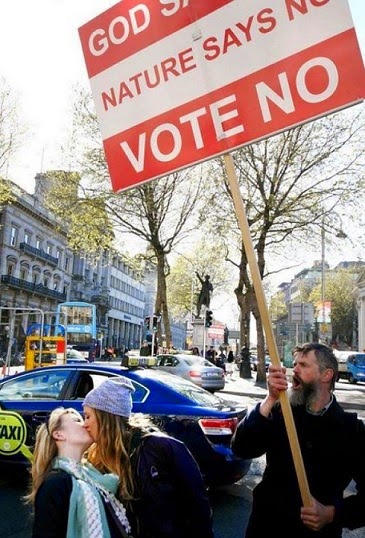