Alarming homeless rates for LGBT teens in the US 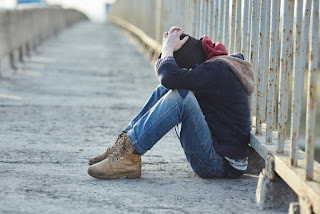 Around 40% of young homeless people in the U.S. are LGBT, even though people with these identities only constitute around 8% of American youth.

Hearing that 40% of homeless people are LGBT is upsetting enough, but the statistics become even more shocking when you look at how many LGBT people are homeless. At least 320,000-400,000 gay and transgender youth are homeless every year.

A large part of the reason so many LGBT people end up homeless is that their families kick them out. Tragically, this happens to over a quarter of LGBT teens when they come out, and over half face disapproval from family members.

Other alarming facts about LGBT homeless youth are:
A big issue that has to be taken seriously by the Administration. 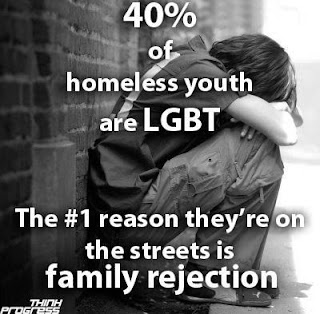