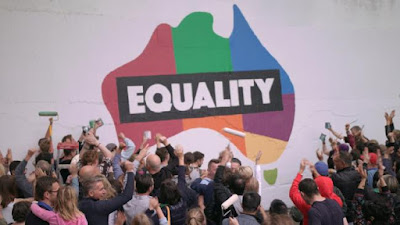 The majority of Australian Christians support same-sex marriage being legalised.

The poll, released today by Parents and Friends of Lesbians and Gays Australia, found that 54 percent are in favour of same-sex couples being able to marry.

And an overwhelming 77 percent of Christians want parliament to hold a free vote on the issue, with all the indications pointing to a vote for same-sex marriage.

The findings will increase the pressure on the country’s right-wing Prime Minister Malcolm Turnbull, who has repeatedly blocked a free vote despite clear public support.

What’s more, 49 percent opposed the idea that those who perform weddings could refuse to marry same-sex couples.

And when asked whether they wanted conservative religious groups, who are firmly opposed to same-sex marriage, to speak for all Christians on the issue, 61 percent rejected the idea.

The poll also found that support for a free vote in Parliament stands at 73% across Australia, while just 27% support Turnbull’s plebiscite plan.

With Australian Christians so conclusively behind marriage equality, it’s time for politicians to have a free vote and get this done. 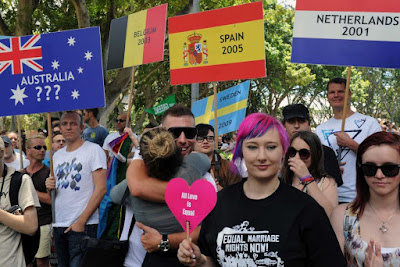