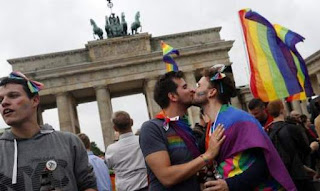 Tens of thousands of people flocked to the streets of Berlin over the weekend to celebrate Pride.

The 2017 Christopher Street Day event was a special one for many German’s as it marked the legalisation of same-sex marriage after the parliament (Bundestag) voted for the bill. The new law will be enacted on October 1.

With gay marriage being legalized in Germany last month, a recurrent theme of wedding imagery kept cropping up throughout the parade. Organizers of CSD stressed the importance of tolerance and inclusivity, underscored here with the proximity of revellers to the site of the deadly Christmas market van attack at the Breitscheidplatz Square last year, which cost 12 lives.

Berlin is regarded as one of the most tolerant capital cities in the world. With its diverse LGBT community, Berlin likes to show off just how open-minded the city is, especially during Gay Pride. 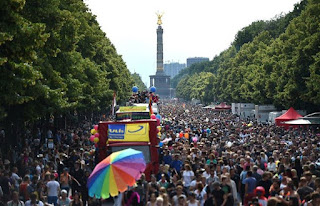