Published the names of 27 gay men murdered in Chechnya 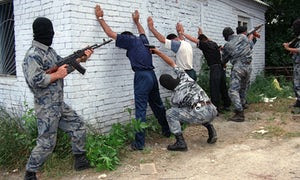 Novaya Gazeta, a newspaper based in the region, has published the list of names it claims President Ramzan Kadyrov’s government murdered.

The names of 27 people slaughtered in a single night by Chechen authorities have been published. The secret mass execution is thought to have seen up to 56 people murdered, all without trial.

The executions were all carried out in Chechnya’s capital, Grozny, on the night of 25 January, the newspaper claims.

According to the publication, mass arrests and executions in the Muslim region were triggered by the killing of a policeman on 16 December 2016. It reports that the victims were shot without trial, then the bodies were “taken to various cemeteries, including Christian ones, where they were buried in hastily dug graves”.

The same newspaper broke the story that the region is rounding up and persecuting gay people earlier this year. A gay Chechen man told CNN about police's tortures in Chechnya.

Although some western leaders pushed Putin, it is obvious that the Investigative Committee of Russia is losing ground on this situation… 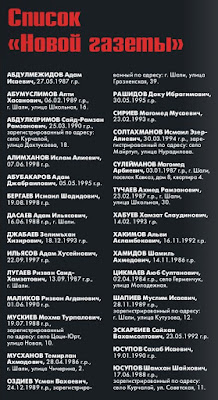