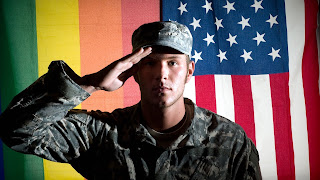 Last week, reversing a decision under Obama Administration, Donald Trump claimed in a string of tweets that the military “cannot be burdened with the tremendous medical costs and disruption that transgender in the military would entail”.

The announcement, which was made without detail or consultation with military leaders, is being formalised into a detailed directive this month that is expected to see active-duty transgender people dismissed from their roles.

After that, five transgender soldiers, with nearly 60 years of combined military service, have filed a lawsuit targeting Trump’s ban, before it has even come into force. The lawsuit was filed today in the U.S. District Court for the District of Columbia.

The lawsuit says: "Trump’s directive to exclude transgender people from military service discriminates against Plaintiffs based on their sex and transgender status, without lawful justification, in violation of the Equal Protection component of the Due Process Clause of the Fifth Amendment".

The plaintiffs have not been publicly identified, so they cannot be targeted in the purge, but they said due to the decision they face dramatic uncertainty about their futures including the potential loss of their professions, livelihoods, and post-military and retirement benefits.

There are estimated to be thousands of transgender service members who are currently serving openly in the Armed Forces, in the wake of Obama-era reforms that allowed them to do so.

No step back can be allowed! 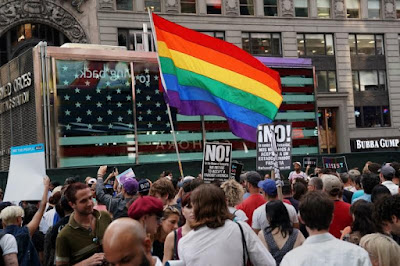 There have been many protests throughout the U.S.
against Trump's announcement to ban transgender
soldiers from serving in the U.S. military