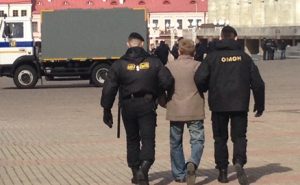 Human Rights First’s Shawn Gaylord cited growing persecution of LGBT communities in Belarus, following reports of anti-gay purges in Chechnya, Azerbaijan, and the launch of a "gay registry” in Tajikistan.

“The reports out of Belarus are alarming. It is alarming that police targeted legal businesses, violated the privacy of their patrons, demanded personal information, and dragged some away to detention,” Gaylord said.

Two nightclubs popular with LGBT patrons were raided in Belarus, where police harassed and detained numerous patrons. Patrons at Club 6A in Minsk were lined up against a wall and videotaped as they stated their name, address, and occupation. A similar raid was conducted one day later in Vitebsk, the country’s fourth largest city. Two weeks later plainclothes officers raided Club 6A again, detaining some 40 people.

These operations were more like a special operation against criminals, trying to frighten and intimidate those who dared to proclaim their homosexuality publicly in Belarus.

This isn’t the first time gay clubs have been raided in the region. 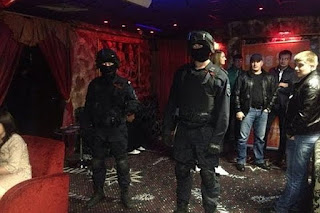 OMON officers in a gay club