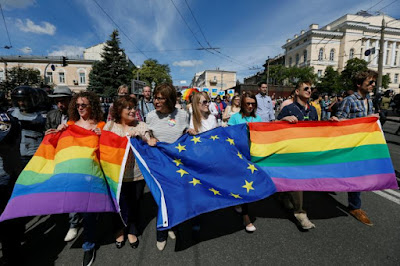 Members of the European Parliament (MEPs) have called for Turkey to revoke a blanket ban on LGBT events.

The move came a few days after a German gay film festival was banned from taking place in the city.

Any exhibitions, public performances, cultural events and cinema relating to LGBT people, have been banned by the Governor’s office.

And now a letter has been issued, signed by 20 MEPs, calling on Turkey to roll-back the ban.

We are deeply disturbed by the statement by the Ankara Governor’s Office of 19 November regarding the decision to ban indefinitely any event organised by LGBTI organisations, such as the projection of films, staging of theatre plays, panels, discussions and exhibitions, citing “social sensitivities and sensibilities”, “public security”, “protection of public health and morality” and “protection of others’ rights and liberties” as grounds for the ban.

As Members of the European Parliament, we call on Turkish authorities to immediately revoke this ban and restore the right to freedom of assembly as guaranteed in the Turkish constitution.

This suppression of the freedom of assembly for LGBTI people and their allies, is completely unacceptable and is a blatant violation of international law, to which Turkey is bound. This right was upheld several times by the European Court of Human Rights (notably in Bączkowski and others v. Poland (2007) and Alexeyev v. Russia (2010)). Further the International Covenant on Civil and Political Rights protects sexual orientation from discriminatory laws and practices under its Articles 2 and 26, including when it comes to freedom of expression and assembly (Art. 19 and 21).

The ban is the latest in a series of crackdowns on the LGBTI community and those who speak out in favour of their rights, and the consequences are felt beyond Ankara, as LGBTI events in other cities have been banned too. In Bursa the screening of the film “Gaci Gibi” was banned; in Istanbul the screening of “Queer Shorts” was banned by the District Governorship of Beyoğlu; also the German LGBTI Film Days Festival in Ankara was banned prior to the statement.

Furthermore, we are worried that the ban increased hate speech against the LGBTI community. Following an attack in the media, a workshop on “Gender Based Journalism” in Mardin, which was planned for November 18, had to be cancelled.

In light of the above we urge Turkish authorities first and foremost to revoke this ban and work to ensure full respect for the right to peaceful assembly of all, including LGBTI people, in line with international law and the Turkish constitution. 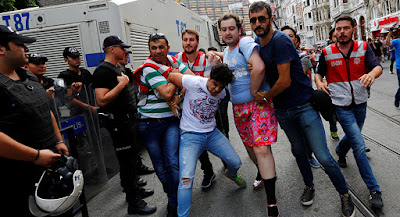