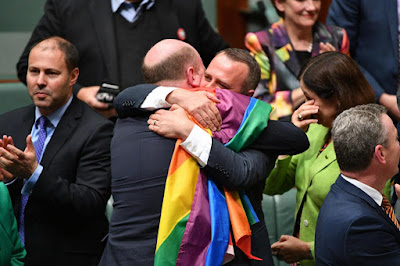 The Australian Parliament has finally passed same-sex marriage into law. The motion was approved almost unanimously by the House of Representatives, after passing the upper chamber last week. ﻿

Politicians and members of the public, watching in the gallery, broke into cheers, tears and song following the vote, I Am Australian, a popular song some argue should be the country’s national anthem.

The move comes after almost 13 million Australians (79.5%) voted in the country’s non-binding postal ballot to endorse the law.

The final legislative victory follows years of activism and a three-month community campaign by the Equality Campaign.

Australia is now the 25th country in the world to have marriage equality for same-sex couples. 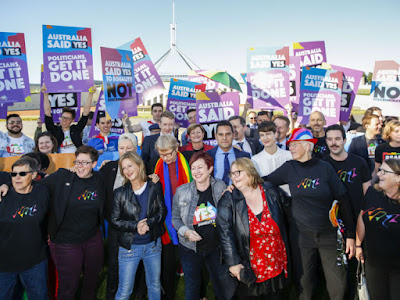