Milk moved to San Francisco in 1972, where he lived in the Castro district, owned a camera shop, and advocated for the rights of LGBT people in the growing gay neighborhood. In 1977, he won his election to the San Francisco board of supervisors, becoming the first openly gay elected official in America. One year later, Milk was killed in San Francisco city hall by a former supervisor who also killed the mayor, George Moscone.

Milk’s rise to power and subsequent assassination was a watershed moment for the LGBT rights movement, sparking anger at the homophobic persecution still present in society.

The San Francisco Board of Supervisors Budget and Finance Subcommittee is set to advance an ordinance “amending the Administrative Code to name Terminal 1 of the San Francisco International Airport after former Supervisor Harvey Milk”.

It says: “Harvey Milk believed strongly that we have to give hope to young people who still suffer bullying in schoolyards, anti-gay violence from family and others, and psychological damage from growing up in a homophobic and transphobic society. In order to honor one of the nation’s great gay leaders, raise awareness of the history of the LGBT movement, and give hope to young LGBT people in cities everywhere, the Board of Supervisors finds it fitting that a terminal at the San Francisco International Airport be named in honor of Harvey Milk.” 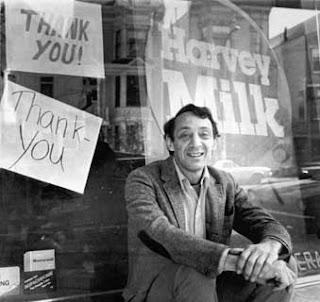