Gay Athletes Can Be Arrested in Sochi 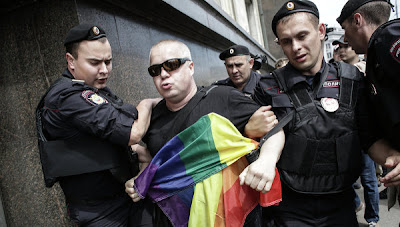 Vitaly Mutko, Russia’s Sports Minister, has confirmed LGBT visitors are not exempt from anti-gay law at the 2014 Sochi Winter Olympics. Don't mind if they are athletes, journalist or mere spectators, they are all subject to new law.

Despite of the International Olympic Committee said  it had received assurances from the Russian government that the anti-gay legislation would not apply to Olympic athletes and visitors during the games, Mutko was quick to refute that.

Sports Minister said: "No one bans a gay athlete from coming to the Sochi Olympics, but if a person goes to the street and starts promoting it, then of course he or she will be brought to justice. Laws of a country to which a person comes must be respected, even though the person is an athlete".

Since the law banning the promotion of homosexuality to children was signed by President Vladimir Putin in late June, a lot of protests and demonstrations have taken place around the world. The last one, a few days ago in New York City, when several activists poured bottles of vodka down the drain in front the Russian Consulate.

But vodka is not the only means of protest, some gay activists and human rights groups have called for a boycott of the Sochi Olympics and Olympic sponsors.

Instead of that, some gay athletes have proposed using the games to raise awareness of homophobia in Russia. The goal is to promote gay rights at the Winter Olympics, for example wearing rainbow-colored flag pins or holding a gay pride parade during the games.

However, every day there is less time to find a solution to this shame. 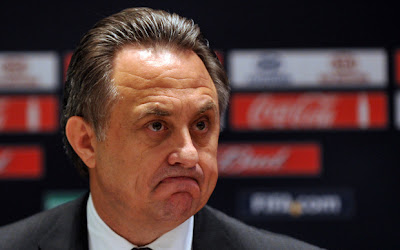 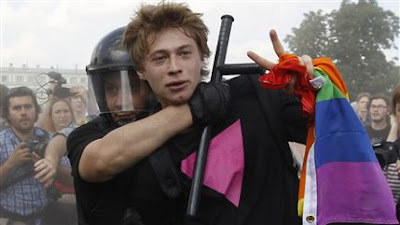 Is this the Olympic Spirit?