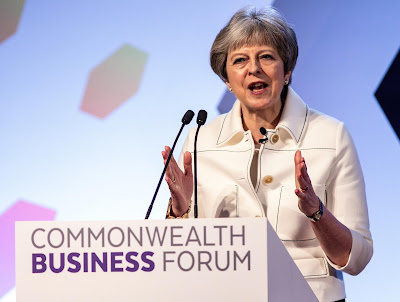 UK Prime Minister, Theresa May, has urged Commonwealth nations to overhaul anti-gay laws and said the UK deeply regrets its role in the legacy of violence and discrimination.

Campaigners have urged to intervene over the colonial-era legislation affecting millions of LGBT people, as same-sex relations are still illegal in 36 Commonwealth countries.

Speaking at the event in London, May said: “I am all too aware that these laws were often put in place by my own country. They were wrong then and they are wrong now. As the United Kingdom’s prime minister I deeply regret both the fact that such laws were introduced and the legacy of discrimination, violence and death that persists today."

May drew cheers and applause when she told delegates at the Commonwealth heads of government meeting that ”nobody should face discrimination or persecution because of who they are or who they love and the UK stands ready to help any Commonwealth member wanting to reform outdated legislation that makes such discrimination possible.”

May's words was welcomed by campaigners, but pressure remains on Commonwealth leaders to take action. What are they waiting for? 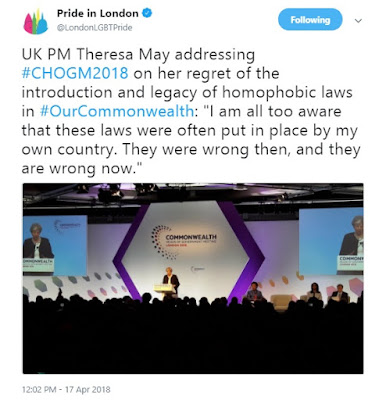