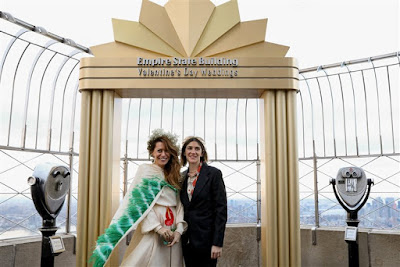 A same-sex couple was one of two couples who won the opportunity to get married atop the Empire State Building for Valentine's Day this year.

Though the contest is open to all, Fabiana Faria and Helena Barquet are New Yorkers, and own a home design boutique together on the Lower East Side.

After seven years together, the two got engaged at the Plaza Hotel, and consider themselves big fans of architecture, obviously why the Empire State Building contest appealed to them for their big day.

The annual contest allows couples the chance of a lifetime, a unique wedding ceremony on the famous 86th Floor Observation Deck. The ceremonies themselves only last fifteen minutes, but the experiences (not to mention photos) are unforgettable.

This wasn’t the first time a same-sex couple was married on the famous skyscraper. In 2012, two of four couples who won the contest were in same-sex relationships, two men and two women. Same-sex marriage had just become legal in NYC the year before. 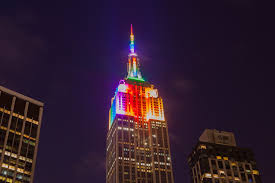