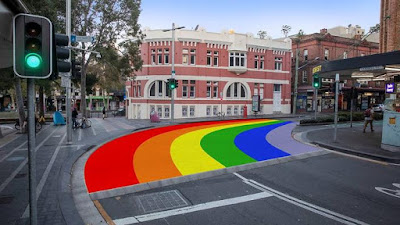 A rainbow crossing previously installed in Sydney in 2013 is set to make a comeback for the 40th anniversary of the Mardi Gras festival.

The former rainbow crossing on Oxford Street made international headlines when it was removed overnight in Sydney six years ago, with authorities citing “safety concerns.”

But now, Sydney Lord Mayor Clover Moore has anounced the return of the rainbow crossing in a nearby location on the corner of Bourke and Campbell streets near Taylor Square.

She posted a photo of construction workers in the process of installing the colourful road markers, adding the caption: “It’s coming… #sydneyrainbowcrossing.”

The rainbow crossing is set to be unveiled on Saturday, February 9, as part of the festivities for the Mardi Gras festival, which runs from February 15 to March 3 in the Oxford Street area of the city.

The new crossing will be trialled for six months. It will then be decided by the city council whether it will be allowed to remain permanently near Taylor Square.

Congrats for the 40th anniversary!!! 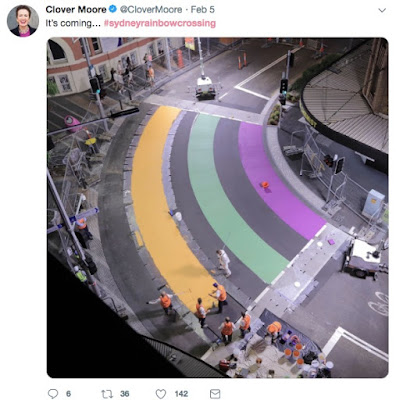