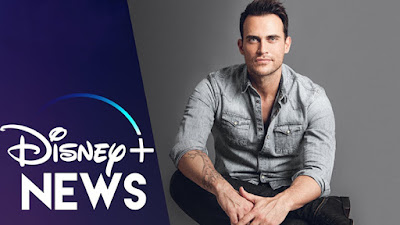 The series will follow Ethan and Sebastian who divorce each other and then separately remarry other partners, they must learn to parent their budding teenage daughters while avoiding the pitfalls of their two very different families.

It is also rumored that Disney is interested in having Cheyenne Jackson from FX’s American Horror Story star in the lead role of Sebastian.

The series, written and produced by Rick Weiner and Kenny Schwartz (Modern Family, American Dad), is expected to begin this Spring, in Los Angeles. With a series debut with the launch of Disney+ sometime this Fall. The series is said to be inspired by Schwartz’s life.

This will mark the first project under the Disney banner to openly use married gay characters in lead roles of any kind. Disney Channel recently added its first openly gay character on the popular show Andi Mack.

Rumors are also swirling that Elsa could also be Disney’s first openly gay animated character in The upcoming Frozen sequel, that has yet to be confirmed by the studio.