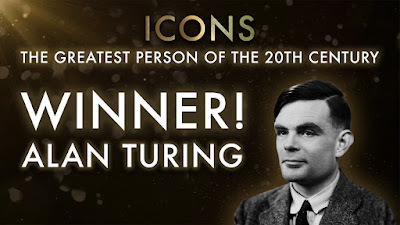 Scientist and World War Two codebreaker Alan Turing has been named The Greatest Person of the 20th Century in the live final of BBC Two's Icons series.

Advocating for Turing was presenter Chris Packham, who delivered a passionate speech about Turing's life and legacy. Packham explained how Turing worked to crack the Nazis' Enigma code during World War Two, shortening the war and lessening the number of lives lost.

But Packham went on to explain how, during his lifetime, Turing was persecuted because of his sexuality and eventually died by suicide. "All he got for all of his toil and all of our trouble was a poisoned apple," Packham said.

"A genius, a saviour, but he was also autistic and gay so we betrayed him and drove him to suicide. Shame. Writ large his death, an unforgiving tattoo on humanity's conscious," he added.

Packham's speech certainly impressed viewers at home, who heaped praise on the presenter for his advocacy of Turing. Many viewers were also understandably thrilled to see Turing receive the kind of recognition he was denied in his lifetime. 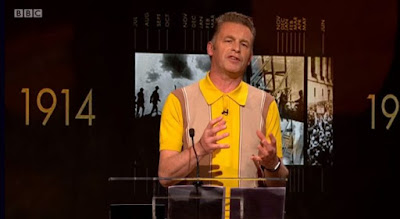