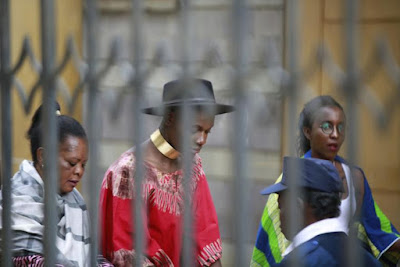 Kenya's High Court postponed a much-anticipated ruling on whether to scrap colonial-era laws which criminalise homosexuality, citing a heavy case load. The trial began in February, 2018.

The Court should have been due to hand down its decision but they will not ruling until 24 May. One of the judges announced the court would not hand down its ruling, blaming administrative challenges’ and full dockets.

Activists in the courtroom expressed their disappointment.

The Human Dignity Trust’s Director, Téa Braun, said despite the disappointment the community should still have faith in the justice system: "This is tremendously disappointing, particularly for the committed and tenacious activists and lawyers in Kenya who have been working towards this moment for several years."

"Nonetheless, we must put our trust in the Kenyan justice system. This is a pivotal case, and ultimately the most important thing is a sound and reasoned judgment that will free LGBT Kenyans from discrimination and persecution," Braun added.

Gay sex is currently punishable by jail in Kenya. The court is reviewing whether to repeal sections 162 and 165 penal code:


Activists argue that the colonial-era law which criminalizes same consensual sex-relations between adults is in breach of the constitution because it denies basic rights.

We have to wait.