The Arab world's only gay radio station is in Tunisia 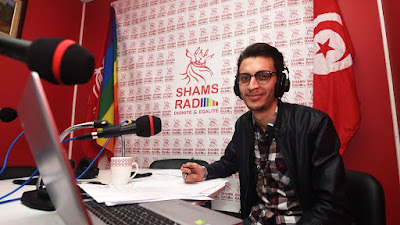 In Tunis, the Tunisian capital, there is Shams Rad, the Arab world's first LGBT radio station. It is low budget but professional, with enough space for seven contributors. The corridors are painted in the colours of the LGBT rainbow flag.

"I was the first person to annoy people in the media and speak openly about LGBT issues in Tunisia on air," says Bouhdid Belhedi, director of Shams Rad.

Bouhdid says that six months after the station was set up, it has 10,000 listeners each week across 15 countries, and is streamed online and live via YouTube six days a week.

The station plays music and issues are discussed in depth but LGBT contributors don't identify themselves as sexually active on air.

The Dutch embassy in Tunis is partly funding the station and after international pressure and a legal challenge, the station's parent organisation, Shams, was officially recognised. This is believed to be the first time any LGBT group has gained this status in North Africa.

Homosexuality is both illegal and widely considered to be unacceptable in Tunisia, and same-sex relations are punishable by up to three years in prison.

“I hope this will make a difference and create more tolerance. That is why we are here,” Bouhdid added. 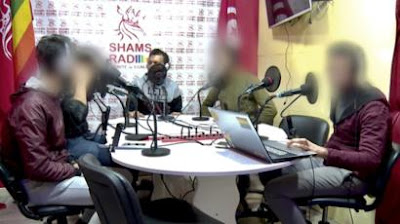