Pete Buttigieg is the frontrunner in delegates right now 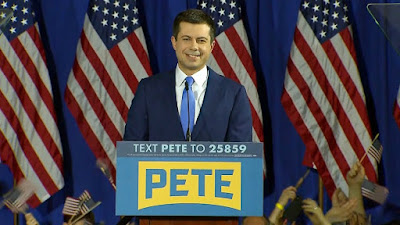 Bernie Sanders won the popular vote in both the Iowa caucuses and New Hampshire primary, but Pete Buttigieg is leading the field in delegates won thanks to how delegates are allocated. Right now, Buttigieg has early victories under his belt and slightly more delegates than any other candidate.

Democratic presidential contenders are heading to a critical stage of the primary race after Iowa and New Hampshire showed a sharply divided party that is undecided on who is best placed to face Donald Trump in November.

Sanders and Buttigieg have emerged as the two leaders after strong showings in the Hawkeye and Granite states, but they face a much different electorate in the next contests in Nevada and South Carolina.

While polls over the past few months have consistently shown former Vice President Joe Biden leading in South Carolina, and near the top in Nevada, much of the landscape has changed.

The biggest prize, however, will come on Super Tuesday on March 3, when about a third of all pledged delegates will be allocated, with the potential to shake up the race. 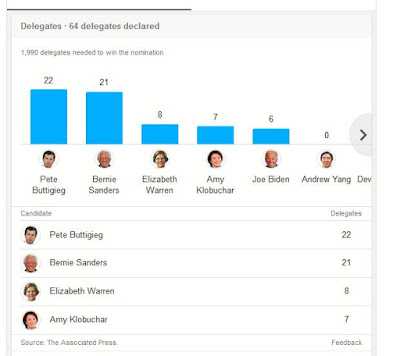 Buttigieg has more delegates than any other candidate