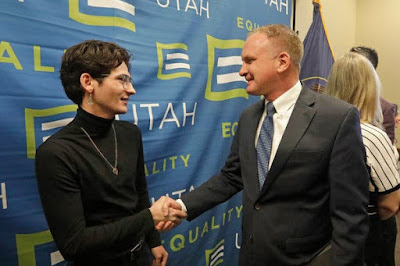 The ban in the Republican-dominated state, which took effect on Wednesday, exempts members of the clergy, lay pastors, and spiritual counselors not licensed by the state from the ban. Despite those limits, this is still a big victory in a very conservative state.

Conversion therapy involves a variety of psychological and spiritual practices aimed at changing sexual orientation and gender identity in the belief that homosexuality and transgender identity are mental illnesses.