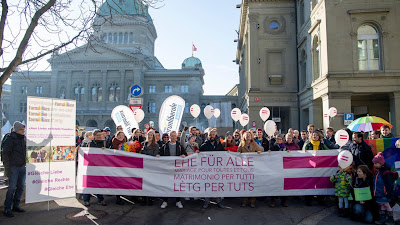 Switzerland’s parliament has passed the final vote on same-sex marriage, after a seven year campaign. This makes Switzerland the 29th country in the world to approve marriage equality.

The vote could still be challenged by a public referendum. But even if it is, marriage equality is likely to win as the vast majority of Swiss citizens support it.

Salome Zimmermann, president of the national Marriage for All Committee, said: ‘Today is a historic day for the LGBT community and their friends. The Swiss Parliament today confirmed that rainbow families and same-sex couples deserve the same rights as heterosexual families".

"Although this is already a matter of course for many in Switzerland, today’s victory is an incredible step forward for our country and everyone who is directly or indirectly affected by it. We would like to thank everyone who has put their heart and soul into this cause in recent years: progressive parliamentarians, LGBT organizations, family organizations, and all other people who have contributed to this day. The opening of marriage was and is teamwork." 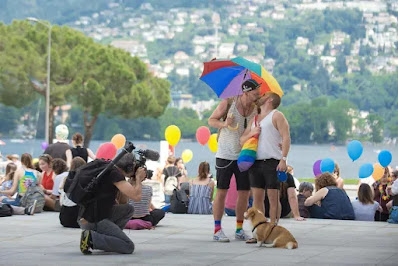