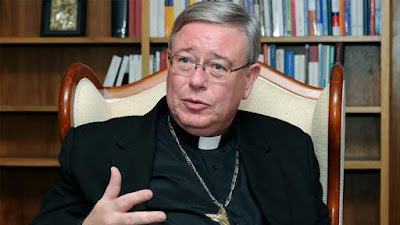 Luxembourg Cardinal Jean-Claude Hollerich, a Jesuit who leads the pan-European Catholic bishops' conference (COMECE), has called for a change in the church's teaching on homosexuality.

Hollerich considers the church's assessment of homosexuality relationships as sinful to be wrong: "I believe that the sociological-scientific foundation of this teaching is no longer correct."

The cardinal said it was time for a fundamental revision of church teaching, and suggested the way Pope Francis had spoken about homosexuality in the past could lead to a change in doctrine.

Hollerich made his comments in response to the public campaign by 125 Catholic Church employees in Germany who recently outed themselves as queer, saying they want to "live openly without fear" in the church.

He added that he knew of homosexual priests and laypeople in the archdiocese of Luxembourg, and affirmed: "And they know that they have a home in the church. With us, no one is dismissed because they are homosexual, with us no one has ever been dismissed because of that."