LGBT identification in U.S. rises to 7.1% 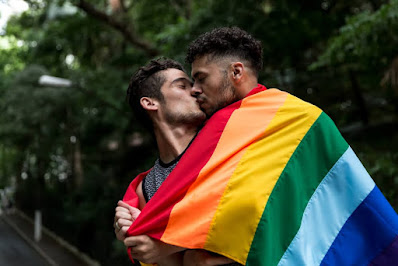 The percentage of U.S. adults who self-identify as lesbian, gay, bisexual, transgender or something other than heterosexual has increased to a new high of 7.1%, which is double the percentage from 2012, when Gallup first measured it.

Gallup asks Americans whether they personally identify as straight or heterosexual, lesbian, gay, bisexual, or transgender as part of the demographic information it collects on all U.S. telephone surveys. Respondents can also volunteer any other sexual orientation or gender identity they prefer.

In addition to the 7.1% of U.S. adults who consider themselves to be an LGBT identity, 86.3% say they are straight or heterosexual, and 6.6% do not offer an opinion. The results are based on aggregated 2021 data, encompassing interviews with more than 12,000 U.S. adults. 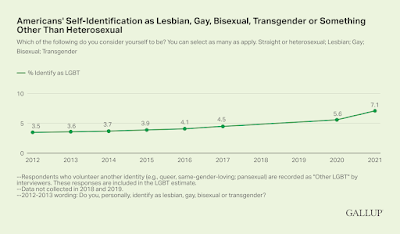