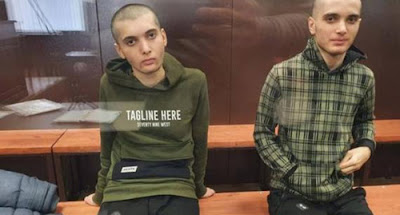 A local Chechen court jailed queer siblings Salekh Magamadov (21) and Ismail Isaev (19) to almost a decade behind bars after finding them guilty of “complicity with illegal armed formations”.

The siblings had first come to the notice of authorities in 2019 after an officer found an LGBTQI Pride flag on Ismail’s phone. Chechen authorities had detained Salekh and Ismail last year, after the siblings tried to flee persecution.

One of the siblings identifies as gay and the other is in the process of gender transitioning. Belonging to the LGBTI community in Chechnya, or anywhere else for that matter, is not a crime. Nobody should be detained for their sexual orientation or gender identity or for criticizing the authorities.

Persecutions and tortures of gay men still continue in Chechnya, and nothing happens at international level. The gay purge continues in Chechnya under Russian protection, and Chechen head Ramzan Kadyrov denies with sarcasm the existence of gay people in Chechnya. 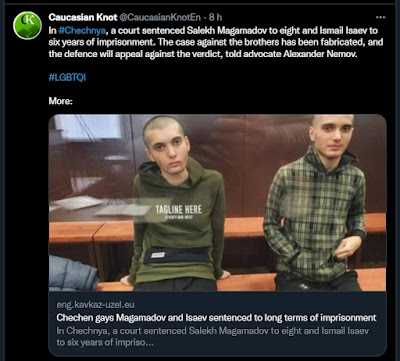