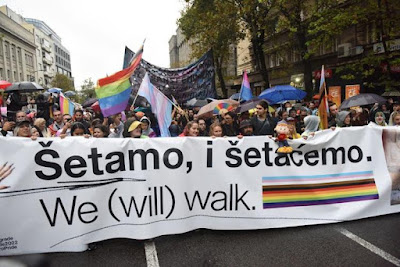 Thousands of LGBTQ activists turned out for Belgrade's EuroPride march, despite a government ban. Serbian police arrested more than 60 far-right counter demonstrators and some marchers and policemen sustained injuries by the far-right protesters.

The event had been intended as the cornerstone event of the EuroPride gathering. But the interior ministry banned the march earlier this week, citing security concerns after right wing groups threatened to hold protests.

Despite the official ban, demonstrators were able to march in the rain a few hundred meters between the Constitutional Court to a nearby park, a much shorter route than organizers had originally planned.

And although the march took place without major incident, local media said clashes broke out between counter demonstrators and police. Interior Minister had warned in a statement that "we will not tolerate any violence in Belgrade streets, any more than illegal marches.”

Serbia pledged to protect LGBTQ rights as it seeks EU membership, but increasingly vocal right-wing supporters harass and sometimes attack people based on their sexual orientation or gender identity. Homophobia remains deep-seated despite some progress over the years in reducing discrimination. 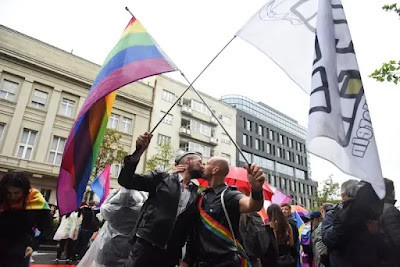 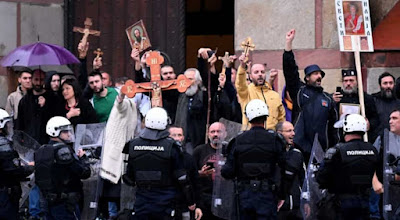