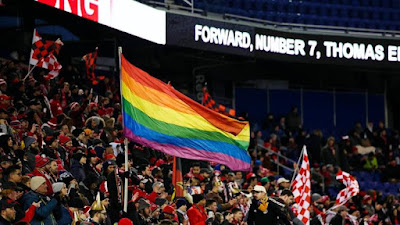 Qatar’s ambassador to Germany was urged to abolish his country’s death penalty for homosexuality at a human rights congress hosted by the German soccer federation two months before the Middle East country hosts the 2022 World Cup.

Fan representative Dario Minden switched to English to directly address the Qatari ambassador, Abdulla bin Mohammed bin Saud Al Thani, at the congress in Frankfurt. “I’m a man and I love men,” Minden said. “I do — please don’t be shocked — have sex with other men. This is normal. So please get used to it, or stay out of football. Because the most important rule in football is football is for everyone. It doesn’t matter if you’re lesbian, if you’re gay. It’s for everyone. For the boys. For the girls. And for everyone in between.”

Al Thani was to be given a chance to respond later, though his comments were to remain off-the-record. Only the opening 90 minutes of the federation's congress was broadcast to the public and no journalists were invited to the event. We don't know what he said.

But we know what Major General Abdulaziz Abdullah Al Ansari, a senior leader overseeing security for the tournament, previously said: the rainbow flags could be taken from fans and they can be jailed. Remember that in Qatar operates an interpretation of Sharia law that criminalises male homosexuality with the death penalty as a possible sanction.

The "gay icon" David Beckham signed a deal worth £150 million to become the “face of Qatar” ahead of next year’s World Cup. This decision contrasts with the announcement made by Tom Daley, who decided to try and ensure that countries which criminalise homosexuality and the LGBT community can’t compete in and host big sporting events in the future. 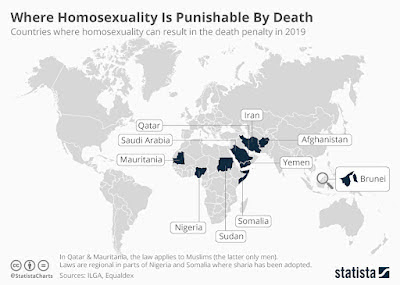