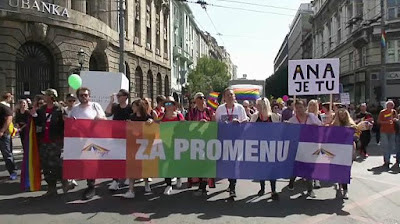 Serbia’s authorities banned the Belgrade Pride march planned amid pan-European LGBTQ events being held this week in the capital, citing a risk of clashes with far-right anti-gay activists. Organizers vowed to appeal the ban.

Pro-Serbian Orthodox Church conservative groups, who have been marching unhindered for weeks on the Serbian capital's streets to protest the LGBTQ events, had scheduled a new demonstration the day of the Pride parade. Police also banned that anti-gay protest.

“After the security assessment, it was determined that there is a high risk the safety of participants in both (marches) on the announced routes will be endangered, as well as the safety of other citizens,” police said in a statement.

Organizers of EuroPride, the largest annual Pride event in Europe, said they hoped their legal appeal against the ban will be accepted and that they would hold the festivities as planned. “Belgrade Pride will use all available means to overturn this decision,” their statement said.

Although the ban is the first for EuroPride, Serbia has struggled with regulations regarding homosexuality for decades. Gay Pride marches in 2001 and 2010 were interrupted by violence and rioting after far-right groups targeted the events, prompting more security at Pride marches in the capital since 2014. 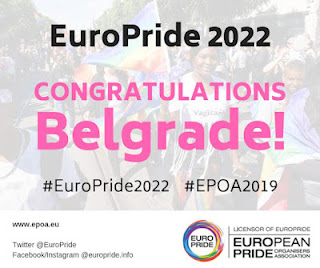