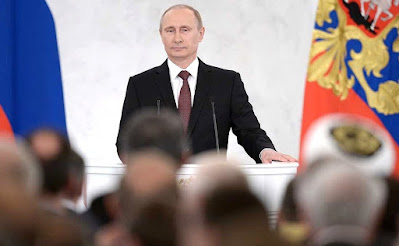 Russian President Vladimir Putin presided over a ceremony at the Kremlin to annex four Ukrainian regions partly occupied by his forces. The United Nations has condemned the annexation as illegal.

Besides announcing the annexation is irreversible and region's people will become Russian citizens forever, Putin also said during his speech that any gender other than male or female is unacceptable for Russia.

"Do we really want, here, in our country, in Russia, instead of 'mum' and 'dad', to have 'parent No. 1', 'parent No. 2' or 'No. 3'? Have they gone completely insane? Do we really want that there are supposedly genders besides women and men, and children to be offered the chance to undergo sex change operations? We have a different future, our own future."

"Do we really want that children in our schools from the Primary grades to be taught perversions that lead to degradation and extinction? Do we want all this for our country, for our children? For us, all this is unacceptable."

And he added: "The dictatorship of the Western elites is directed against all societies, including the peoples of the Western countries themselves. This is a challenge to all. This is a complete denial of humanity, the overthrow of faith and traditional values. Indeed, the suppression of freedom itself has taken on the features of a religion: outright Satanism."