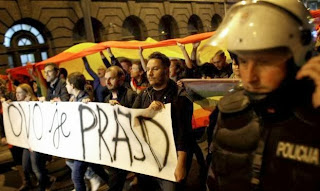 Serbian Prime Minister Ivica Dacic said top police officials decided to ban gay rally because of threats made by right-wing groups and because they feared a repeat of violence in 2010, when extremists attacked a gay pride march in the Serbian capital.

Gay pride marches in 2011 and 2012 were also banned for similar reasons.

But around 200 gay activists, waving rainbow flags and banners that read "This is Pride", defied the ban and gathered outside Dacic's government office before walking to parliament flanked by riot police. They chanted "this is Serbia" and "we have pride".

Allowing a gay pride march this year had been regarded by some as a test of Serbia's pledge to respect human rights as it seeks European Union membership. But the EU Enlargement Commissioner Stefan Fule, said the decision banning march was a “missed opportunity to show respect for fundamental rights”, if Serbia has plans to join the EU.

The anti-gay hooligans have won again, and they decide what the Serbia's Government can do and can't do. 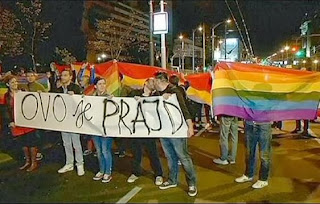 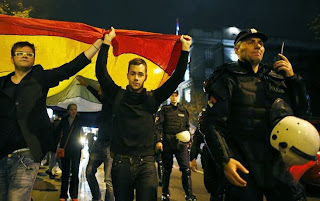