Taiwan Pride to celebrate 20th anniversary with an exhibition 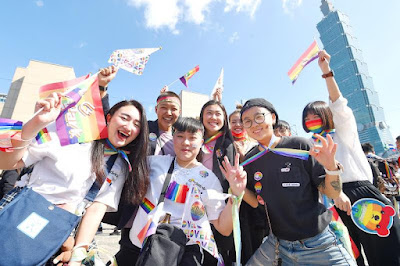 An exhibition of artifacts, photographs, and archive documents celebrating 20 years of Taiwan Pride, Asia's largest LGBTQ pride parade, opened to the public at Songshan Cultural and Creative Park in Taipei.

The Taiwan Rainbow Civil Action Association, organizers of Taiwan Pride, said the Walk with Pride exhibition would also look at the challenges and controversies encountered by those running the parade over the last two decades.

The exhibition's curators and designers said they hoped visitors would be able to learn about the major milestones in Taiwan Pride's history.

They added that they hoped visitors would also be able to place themselves in the shoes of past attendees to bear witness to the progress made toward equality in Taiwan.

As in years past, the 2022 edition of Taiwan Pride will be held on the last Saturday of October, and organizers said that this year's event would return to its usual format with a full-scale parade. The last edition in 2019 attracted a record 200,000 participants.

Recently, WorldPride 2025, originally scheduled to be held in Taiwan, has been abruptly canceled. It would have been the first time a global lesbian, gay, bisexual, transgender and queer event was held in Asia. This can be traced to external pressure from neighboring China. 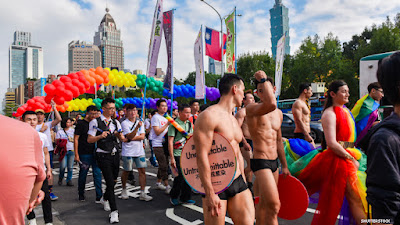 Taiwan Pride is the largest in Asia