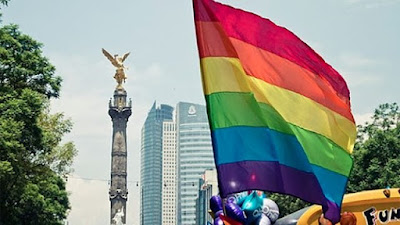 Mexico’s senate has voted to ban all conversion therapy that aims to alter sexual orientation, gender identity and gender expression. 69 lawmakers voted for the bill, with 2 against and 16 abstentions. It will now head to Mexico’s chamber of deputies for a final vote.

The vote has been years in the making, with the bill first introduced by senators from the parties Citizen Movement, Morena and the Green Party in October 2018.

The introducers said that conversion therapy’s “main victims are young LGBTQ+ people, causing irreparable damage to their mental health throughout their adult life and in the worst cases, driving them to suicide”.

Mexico city banned gay conversion therapy in 2020, its approval made the Mexican capital, which in 2009 was the first region of the country to legalize same-sex marriage, the first jurisdiction in Mexico to ban that practice. 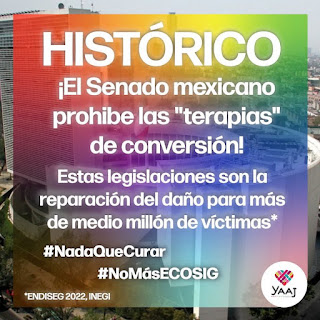