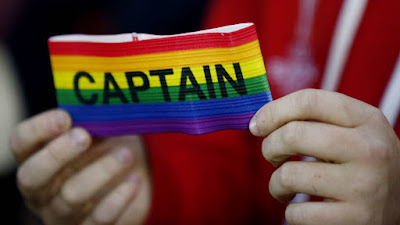 Several teams will wear a rainbow armband at the Qatar World Cup, despite the fact it may be prohibited by FIFA, with organisers yet to grant permission for the anti-discrimination initiative amid anger over Qatar's anti-LGBTQ laws.

Several national soccer federations announced that their captains will wear a rainbow armband during the tournament as part of an anti-discrimination initiative over anti-LGBTQ laws in Qatar. For now, the nations supporting it are England, Wales, France, Germany, Netherlands, Belgium, Sweden, Denmark, Norway and Swtizerland, but it is expected more countries will join them.

Despite the fact that no permission has yet been given by FIFA, the national federations remain determined for their captains to be wearing the armband, even if it risks potential fines. 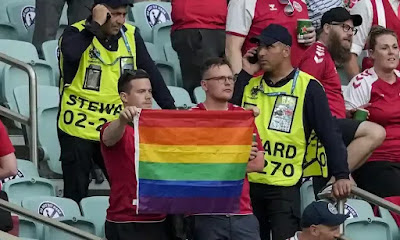 Fans can be jailed for waving rainbow flags in Qatar