US schools are hostile places for LGBTQ students, survey says More than 80 per cent of LGBTQ students across the United States reported feeling unsafe at school in the last year, a new survey has found.

The annual report from the Gay, Lesbian & Straight Education Network (GLSEN), found that 81.8 per cent of LGBTQ students surveyed felt unsafe at school because of “at least one of their actual or perceived personal characteristics”, with nearly a fifth of these students (16.2 per cent) reporting that these feelings led them to change schools.

The study also found 32 per cent of LGBTQ students across the US had missed at least one full day of school over concerns for their safety.

Disturbingly, LGBTQ students reported experiencing increased high levels of verbal and physical harassment from their peers in the past year, with more than 75 per cent reporting in-person verbal harassment at school due to their sexual orientation or gender identity, and a horrific 12 per cent saying they were physically assaulted in the last year.

The research comes as students across the US face waves of discrimination in the form of homophobic and transphobic laws from some states with Republican governments.

For example, Florida Governor Ron DeSantis pushed through the much-criticised Don’t Say Gay Law, restricting schools from discussing LGBTQ issues in classrooms. Some Republican politicians now want to roll that bill out across all of the US. 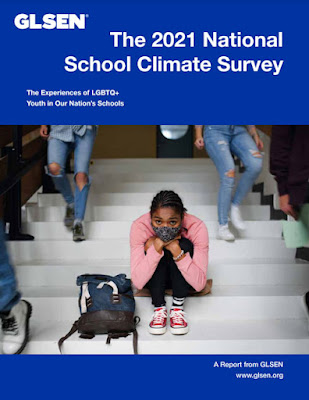