New anti-LGBTQ rules approved by Florida Board of Education thanks to Gov. DeSantis 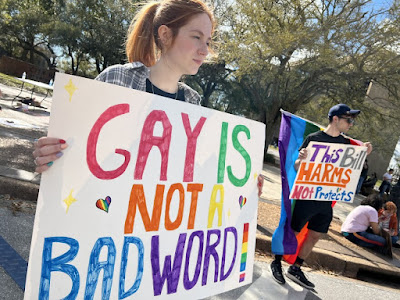 The Florida Board of Education has approved new rules that will make life harder for LGBTQ people and allies.

One of the rules requires schools to post on their websites and notify parents by mail if they allow students to use bathrooms and locker rooms in accordance with their gender identity rather than their sex assigned at birth.

This policy is an attempt to bully and intimidate school districts that are providing these accommodations. It cannot prevent transgender students from accessing facilities aligned with their gender identity.

But the new policy from the Board doesn’t direct schools not to follow the law. It just makes them have to jump through more hoops to do so and also potentially puts them in the crossfire of angry parents who won’t support inclusive policies.

The second new rule instituted by the Florida Board of Education is in relation to the state’s Don’t Say Gay Law, signed by Gov. DeSantis last March, which prevents teachers from mentioning LGBTQ people in elementary schools.

The rule takes the law a step further by directly punishing teachers who violate it. It says any teacher who is found to have taught their students about LGBTQ issues can have their licenses suspended or revoked. 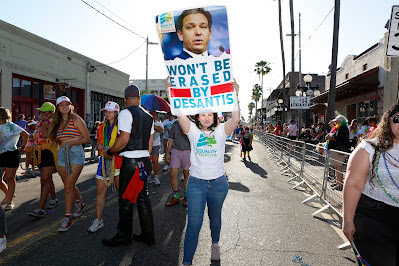 It's time to change Florida!!!