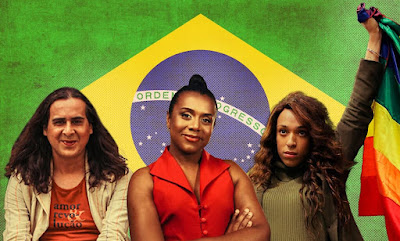 Brazil, the deadliest country in the world for trans people, has endured years of increasing anti-LGBTQ rhetoric and violence under far-right president Jair Bolsonaro.

On Sunday, citizens cast their votes in the presidential and congressional elections, and they elected the first ever openly trans members of parliament: Erika Hilton, Duda Salabert and Robeyoncé Lima.

Erika Hilton became the first-ever trans councillor elected the the Municipal Chamber of São Paulo in 2020, receiving the most votes for any councillor in the entire country.

Robeyoncé Lima, a lawyer and activist, is the third trans person to be elected to Brazil’s congress. In 2019, she was elected as state deputy for Pernambuco.

Brazilians also cast their votes for the country’s next leader, and while the left-wing Lula da Silva beat the far-right Bolsonaro in the popular vote, he received 48 per cent of the vote, just shy of the 50 per cent of votes needed to be elected. The run-off election will take place on October 30th.