Thousands marched in Bratislava to protest murder at LGBTQ venue 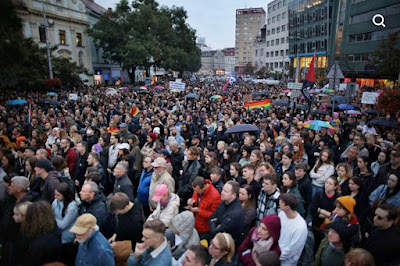 Two men were killed and a woman was injured after a young gunman opened fire in front of a LGBTQ bar named Tepláreň in Bratislava, the capital of Slovakia.

The 19-year-old killer had written a lengthy homophobic and anti-Semitic manifesto prior to the attack, and he expressed hatred for LGBTQ individuals and highlighted notion Jews are orchestrating a campaign to «replace» white people.

After the murderer, thousands of people joined a rally in Bratislava’s old city to show support for LGBTQ Slovakians and attended a vigil to honour the victims of the shooting.

Slovak president Zuzana Caputova gave a speech during the event, saying: “I’m sorry that our society was not able to protect your loved ones. You belong here, you are valuable for our society.”

Due to social hostility in Slovakia, LGBTQ individuals do not reveal their sexual orientation and remain invisible to the majority of the population. LGBTQ individuals often prefer to stay invisible and avoid unwanted publicity. Besides, LGBTQ persons are not specifically protected by the Criminal Code and homophobia is not listed as an aggravating circumstance.

The true is most of politicians are generally members of Christian parties or the Slovak National Party, and some of them state that homosexuality is a disease. They say the killer is a "radicalized teenager", but despite he shooted with his father's gun, a far-right extremist, a part of Slovakian society is responsible for the situation of discrimination and fear that LGBTQ community is bearing. 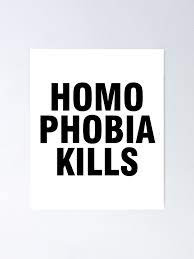